Offshore Tax Compliance is complex. Moreover, Indian Tax Law is different than US tax law and usually the U.S. treats India income as “presently taxable.” That is true, even if it is in a Foreign Mutual Fund which is distributed and immediately re-invested, a PPF which has not reached maturity, or a Fixed Deposit accruing (but not distributing) income.

Unfortunately, oftentimes it does not become apparent to individuals from India that they must report foreign accounts and pay tax on foreign income until they have been living in the United States for many years and filings returns incorrectly (aka failing to file in accordance with the IRS’ significant international tax and reporting requirements).

We Represent Numerous Clients from India 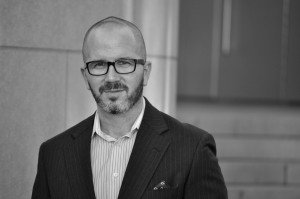 A large portion of our client base is from India. We have represented individuals from India with more than 175 different accounts spread over 20+ institutions, as well multiple different clients who learned only too late that they are the proud owners of multiple PFICs, PPFs, FDs and others — they are out of compliance.

We are one of the most qualified IRS offshore voluntary disclosure law firms worldwide when it comes to issues involving India (as well as, Hong Kong, Taiwan, China, Japan, Korea, Singapore, Australia and many others).

When it comes to India specifically, there are many similar facts, circumstances, fears and concerns common amongst many of different clients.

Therefore, we would like to do our best to educate you on some of the basics that you should be aware when it comes to India income and accounts in US tax and offshore reporting laws.

The term U.S. person is often confused with term U.S. Citizen. While U.S. citizen is a very specific identity/definition, a US person is much more broad and encompassing.

You do not have to be a US citizen to qualify as a US person. Moreover, you did not even have to be a Legal Permanent Resident/Green-Card Holder either. Rather, all you have to do is meet the IRS Substantial Presence Test (SPT).

For a more in-depth summary of the substantial presence test, you can refer to our prior blog page analyzing the SPT requirements. In  a nutshell, if you are in the United States for at least 30 days in the current year and for an average of 121 days in each of the last three years, chances are you will have to file taxes and report properly on an FBAR, etc.

In other words, if you meet the reporting requirement then you are required to file tax returns and report all of your foreign income just as you were US citizen born in the United States.

The default status is that everything has to be reported, and then you work backwards to determine whether some exemptions/exclusions may apply.

Here are some typical issues we come across:

Even though your Public Provident fund is not being taxed during the 15 years of growth, it will be taxed in the United States on the accrued, but non-distributed income.

Many of our clients invest funds with companies such as Kotak, ICICI, NJ investments, etc. Under U.S. Tax Law, the foreign mutual fund may have to be reported and taxed in the present year, depending on whether you receive distributions and whether the distributions are excess distribution. Simply because the money was reinvested does not mean it is not presently taxable (this is distinct from the money never being distributed, as opposed to distributed and immediately reinvested).

If your life insurance policy with Prudential, ICICI, LIC or any other number of different companies, and it has a surrender value, then it must be reported as well. Even if the NAV value is not all together clear.

Even though passive income in India (and many other countries) such interest Income, Dividends, Capital Gains is not always taxable in India, the United States still taxes you on the income.

Fixed Deposits that are accruing interest income but have not yet been distributed will also be taxable in the current year (not all at one time when it matures.)

This is a very common scenario. You may have some investment accounts back in India that either you opened yourself (before you came to the U.S. or after you started making more money) or your parents opened them on your behalf. Your parents are controlling the account, making the investments, and transferring the money to different fixed deposits to get you the best rate — and then immediately reinvesting it to avoid tax liability under India Tax Law.

Moreover, your parents may be filing tax returns on your behalf or it is TDS (Tax Deducted at Source), but because the amount of income you personally generated is below the threshold value, it is refunded to you — and your parents keep the money as payment for acting as your “financial planner” (Read: you are not alone with this scenario)

**With respect to tax rules in India, oftentimes money is split between children following and inheritance to avoid other tax related issues. The end-game is that the income generated is being redirected to a parent, but it is under the child’s name.

If you are the child and you are a US person and owner of a foreign account (even if the income is being transferred to your parent), it is important to speak with the US offshore tax attorney to understand the tax ramifications.

While this is not specific to India, it is very common with our clients from India. Typically, the parents who are non-US citizens and still residing in India begin to move “pre-inheritance” to the children. If the child is a US person, then there are significant tax issues to contend with.

With that said, there are potential methods for avoiding tax liability on the money if (even though it is under the child’s name) it does not belong to the child — and/or the child has not collected any of the income.

What if I Close the Accounts?

Simply closing the accounts will not achieve the intended purpose of avoiding reporting. In fact, oftentimes it achieves the opposite effect. That is because by closing the account after receiving a FATCA Letter, or otherwise being made aware of the reporting requirement, it means you have are acting willful. is your

If the IRS believes you are willful, you could be subject to excessive fines and penalties (Read: do not close the account after receiving knowledge of the reporting requirement solely to avoid reporting)

If the money is in a joint account, for example between a U.S. child and a foreign parent, it still needs to be reported at least on an FBAR. The distinction between the FBAR and FATCA form 8938 lies in the distinction between having ownership, joint ownership, or signatures authority (FBAR) versus having no interest in the money (even if the child’s name is on the account), and therefore may be able to avoid reporting under FATCA Form 8938.

With the FBAR, there is a much broader reporting requirement.

I Never Transferred the Money to the U.S.

So what? The IRS does not care whether the money went back and forth between India and the United States. All the IRS cares about is whether meet the threshold requirement for having to file the specific form (8938, FBAR, 8621, etc.)

If you meet the threshold requirement, you file the form. Nowhere in the form does it ask whether you transferred the money back-and-forth. Trust us, we’ve seen enough cases wherein the facts you believe would be benign (never transferred the money from India to the United States) could objectively be seen as flagrant by the IRS (you knowingly kept the money separate in India even though it was earning interest income that should’ve been reported).

The IRS does not know your background, or why you did not report. The IRS will often come to its own conclusions-resulting in you and the IRS having wildly divergently analyses regarding the same set of facts.

The IRS Doesn’t Care About Me, I’m Not a Big- Fish

The reality is, not everybody gets caught – but the IRS does not have a throwback rule like most fisherman do; they are happy to catch a minnow and treat it like a whale. These days CPAs and tax professionals in general are doing much more to cover themselves. Therefore, chances are they will send you a questionnaire at some point which will ask you whether you have any foreign accounts or foreign income.

In years past, tax professionals did not take such care in protecting themselves. In fact, the FBAR has been around since the 1970s and was only recently enforced as a result of the introduction of FATCA (developed in 2010, with enforcement beginning in 2014).

Therefore, if you are audited and your CPA is contacted (usually they will be the IRS believes foreign money is involved) it can lead you down a dark path very quickly if it is determined that the CPA asked you about foreign accounts and you acted Willful, performed a willful omission, or acted with Reckless Disregard.

We have successfully represented clients in more than 1000 streamlined and voluntary disclosure submissions nationwide, and in over 70-different countries.