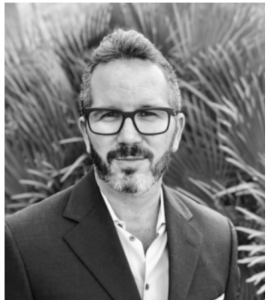 Offshore Virtual Currency Reporting: Over the past few years, the IRS and FinCEN significantly increased enforcement of virtual currency including cryptocurrency. Especially with the recent surge in value of Bitcoin specifically, the Internal Revenue Service is concerned about tax and reporting-related matters involving crypto – including a recent bill designed to ensure the enforcement of cryptocurrency tax collection (a Republican bill seeking bi-partisan support). In addition, the Internal Revenue Service developed operation hidden treasure and sent out a second round of 6173/6174 letters. Just last month, a District Court in Massachusetts authorized a John Doe Summons involving cryptocurrency, authorizing the summons to help determine which US Taxpayers had transactions with the cryptocurrency company in question.

One of the most pressing questions that many taxpayers have with overseas cryptocurrency is what the Internal Revenue Service and FinCEN plan to do about the reporting of offshore virtual currency. By the looks of FinCEN Notice 2020-2 — the US government will require complete transparency for offshore reporting of foreign cryptocurrency — but what does that mean to taxpayers?

FinCEN Notice 2020-2 was in reference to offshore cryptocurrency and provided the following:

Why Crypto Will (Probably) Be FBAR-Reportable

For the past four or five years, our firm has authored several articles on issues involving offshore virtual currency, FBAR and FATCA. It is always been our position that it will most likely be reportable in most situations. Otherwise, it just would not bode with what the IRS is seeking from offshore reporting – which is transparency. Imagine a hypothetical situation in which a US person has a $1M in foreign accounts. Then the person acquires crypto and moves it into a “Crypto Account” and now the money is no longer reported, because the account is not considered a “Bank Account.” Now this person exchanges it overseas (outside the reach of the IRS), moves it a US-based Transferwise account — and the IRS never gets its cut of the pie. Does that sound like something the IRS would be OK with?

On the one hand, some taxpayers simply want anonymity and the idea of keeping the cryptocurrency anonymous is a fair position. As long as any taxable events are reported on a tax return, then merely wanting anonymity should not be considered any sort of tax evasion or fraud. But, the problem is that in using this scenario above, illicit activities can easily and seamlessly be moved through different accounts overseas and into Transferwise and other similar types of accounts in the United States, where the source of the cryptocurrency cannot be traced. Then, there was never reporting required so no foreign account forms are on file with the IRS or FinCEN which makes it that much more difficult for the government to track and may easily be used for illicit activities such as money laundering, human trafficking, and terrorism.

Should You Report Offshore Cryptocurrency?

This Notice 2020-2 makes it abundantly clear that the US government seeks to enforce cryptocurrency and require disclosure similar to foreign bank and financial accounts. If a taxpayer had offshore cryptocurrency in prior years which has not been reported, the taxpayer should consider the different options and strategies to safely get into compliance before it becomes a non-compliance issue, if (and when) reporting becomes absolutely required.