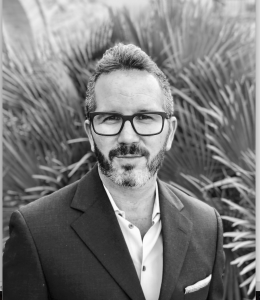 PFIC:  The IRS has developed special rules for PFIC, such as Foreign Mutual Funds. PFIC refers to a Passive Foreign Investment Company. PFICs are generally reported on Form 8621 and FBAR. The income generated from a PFIC is taxed in two main stages:

The PFIC excess distribution calculations are very complex. They require a sophisticated tax analysis. Unfortunately most tax practitioners do not handle PFIC (we do) and commercial software such TurboTax does not even provide the form.

The PFIC tax is part of the anti-deferral regime. The IRS has developed various anti-deferral rules. The purpose of these rules is to avoid the deferral of income, and associated U.S. tax on the income.

We will summarize the basics for you:

A PFIC is a type of “foreign passive investment.” When a U.S. shareholder invests into a foreign company, and meets either the income or asset test, the tax rules become infinitely more complicated. Specifically, if at least 75% of the foreign company’s gross income is passive or at least 50% of the income generating assets are passive, the PFIC rules will apply.

Here is how the acronym breaks down:

Foreign refers to the fact that the company is “foreign-based.”

By investment, it means the foreign company must operates as an investment company, such as a BVI holding company.

The ownership must be an entity in order to qualify as a PFIC.

(a) In general For purposes of this part, except as otherwise provided in this subpart, the term “passive foreign investment company” means any foreign corporation if—

(1) 75 percent or more of the gross income of such corporation for the taxable year is passive income, or

(2) the average percentage of assets (as determined in accordance with subsection (e)) held by such corporation during the taxable year which produce passive income or which are held for the production of passive income is at least 50 percent.

(b) Passive income: For purposes of this section—

(1) In general Except as provided in paragraph (2), the term “passive income” means any income which is of a kind which would be foreign personal holding company income as defined in section 954(c).

(2) Exceptions Except as provided in regulations, the term “passive income” does not include any income—

(A) derived in the active conduct of a banking business by an institution licensed to do business as a bank in the United States (or, to the extent provided in regulations, by any other corporation)

(B) derived in the active conduct of an insurance business by a qualifying insurance corporation (as defined in subsection (f)),

(C) which is interest, a dividend, or a rent or royalty, which is received or accrued from a related person (within the meaning of section 954(d)(3)) to the extent such amount is properly allocable (under regulations prescribed by the Secretary) to income of such related person which is not passive income, or

The PFIC regime is incredibly complex. In order to try to boil it down to its barest form, we have prepared a simple example (noting, this example is for conceptual purposes only.)

Example: David has a moving box, and in the box is a mutual fund.

While the investment grows within the box, it is not taxed.

The PFIC Filing Requirements are determined by the aggregate value of all PFIC in a reportable year and by the total income generated by the PFICs.

PFIC reporting primarily involves filing an annual IRS Form 8621. Taxpayer files an 8621 form in any year in which the taxpayer either meets the threshold filing requirements (based on the value of the PFICs) or has an excess distribution.

Due to the fact that the PFIC tax amounts to a “penalty” tax, oftentimes a taxpayer may seek to limit the tax exposure by making an election. There are two main elections: MTM and QEF.

Another type of election is the MTM, which is the “Mark-to-Market” election. As with the QEF election, by making the election, a taxpayer may limit or reduce their tax liability.  But, the MTM election also tends to require cooperation from the FFI (Foreign Financial Institution) — which may be difficult to achieve.Reporting a PFIC to the IRS

A PFIC is typically reported on Form 8621. There are some exceptions, exclusions, and limitations — but the 8621 is a staple in the PFIC reporting process. There may be additional 8938 and 5471 reporting as well.

How to Hire Experienced PFIC Counsel?

© 2020 Tax Attorney: IRS Offshore Disclosure & International Reporting. LawDog Enterprises - All Rights Reserved - No Legal Advice Intended: This website includes information about legal issues and legal developments. Such materials are for informational purposes only and may not reflect the most current legal developments. These informational materials are not intended, and should not be taken, as legal advice on any particular set of facts or circumstances. You should contact an attorney to discuss your specific facts and circumstances and to obtain advice on specific legal problems. No Article, Blog Post or Page may be reproduced or used without express written consent of Golding & Golding.