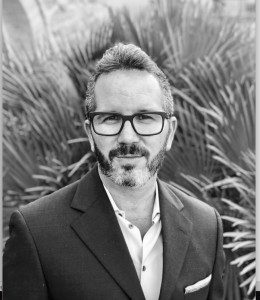 Panamanian Private Interest Foundation: Is PPIF Taxed in US?

Many times, the PPIF is formed with the development of a rental property business in Panama or small business. The goal is simply to protect or shield the U.S. person (individual) from legal issues abroad.

Despite the intended purpose, the IRS has very intensive reporting requirements that owners of PPIF should consider before commencing the creation of a PPIF.

What is a A Panama Foundation?

Why do people prefer a Panama Foundation?

For example, if Jane owns a Panamanian foundation, her name does not have to be anywhere on the main documents of the foundation.

Rather, while the Founder names, and other individuals associated with the foundation are listed in the Charter, Jane’s does not. That is because since Jane acts a Beneficiary, Jane’s name is not identified as a manager, or as a Council Member, or Protector.

Typically, Jane will be identified as a beneficiary and have literally no input as to the day-to-day activities. Moreover, the foundation may have bank accounts in its own name, but Jane personally is not associated with the accounts.

As you can imagine, the IRS does not like this (aka an ‘Owner’ not identified in the Charter, but rather in an ancillary document). Thus, from an IRS perspective, the indirect ownership of a Panamanian Foundations falls further into murky territory.

Even though Jane’s name is not on the documents, oftentimes the money used to create the foundation came from Jane. So, even though Jane is not directly associated with the foundation, accompanying businesses, or foreign accounts — from the IRS is perspective it is her money and she was the catalyst informing the particular foundation (typically, there are certain trust companies that handle all aspects of creating and managing the foundation).

Moreover, when the foundation is later dissolved, presumably Jane will be a beneficiary and receive a distribution of money.

This can be considered a form of offshore banking for which the IRS detests. Why?

Just because the income may qualify as tax free outside of the U.S. that is generally not the case for U.S. persons.

While on the outside it may appear that Jane has no reporting requirement, the IRS sees it differently.

Here are some of the common issues we come across with Panamanian Foundations:

No U.S. Agent if Reported as a Foreign Trust

While there can be a tax benefit of reporting the Foundation as a Trust (The Panama Foundation is not a foreign trust per se and is not a foreign corporation per se), there are some major pitfalls. The main problem is that most Panama foundations will have a foreign company as the Trustee/Agent without designating any U.S. Agent. As a result, since there are much more significant 3520-A disclosure requirements involving ownership of the foundation.

Since there are no US trustees, Jane is required to disclose pretty much all documents associated with the foundation. This will include the ancillary or supplementary document that indicates Jane’s is a beneficiary. As such, the IRS will presumably be interested in how the foundation was funded, especially Jane is the only name listed as a beneficiary.

What Documents Have to be provided:

Even though the bank accounts owned by the foundation are not held in Jane’s name, the money belongs to Jane. Thus, from the IRS’ perspective, if the money is Jane’s — then it should’ve been reported. The IRS is not going to split hairs on what a person is required to file and report when it comes to an FBAR or 8938 (alternatively a 5471, 3520 or 8621) — especially if all the money can be traced back to Jane.

As such, if the IRS believes that Jane willfully or intentionally intended to avoid reporting or disclosure by creating a foreign Panama foundation and not disclosing it to the IRS, she could be found to be willful – which could lead to penalties upwards of 100% value of the foreign accounts in a multi-year audit situation.

Large Transfer to the U.S.

Another big issue with the Panama Foundation is what happens at the end of the road? Typically, a US person invests money into the foundation and it just sits there. Usually, there is a foreign trust company that is involved with the day-to-day activities, and usually provides a little-to-no information to the U.S. investors.

Years later, the foundation’s value has grown and it’s time to cash out. The problem is, how does someone explain a large transfer from Panama to the United States? It is not as if there are multiple transfers going back and forth between Panama and the person’s bank account, which can be traced — or even a 1099 equivalent being issued. Usually, it is just a final, lump-sum payment from the Foundation to the investor before the Foundation is dissolved.

Moreover, since the final distribution amount exceeds various different threshold reporting requirements, the Financial Institutions on both sides of the transaction are probably going to report it to the government. In years past, while the banks might have let it slide (What bank doesn’t want a client with a  $5 million infusion of cash into a bank account within their institution) but, with the introduction of FATCA and increased enforcement of FBAR Reporting, Offshore Fraud, Evasion, etc. most banks or foreign financial institutions are just not going to take that chance.

Due to the noncompliance of the Panama foundation that you are the owner of (a.k.a. beneficiary), you may be subject to various IRS fines and penalties.