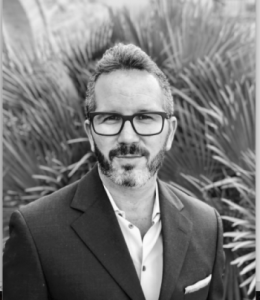 Allegations of False FBAR Statements: There is a fine line between advocating for a client, and committing fraud. While an attorney should take all positions necessary to effectively represent and protect a client – it does not include making false representations.

Allegations of False FBAR Statements: Whether or not the attorney actually committed fraud has yet to be proven. Presently they are just allegations of false FBAR statements.

In the current case, the issue involves a potential FBAR fraud violation case against Mr. Eli Chabot and Mrs. Renee Chabot in the District Court of New Jersey.

The U.S. alleges that defendants and counsel intentionally dragged out the case, in order to run out the clock on the FBAR penalty statute of limitations.

The U.S. further alleges that the attorney intentionally misdirected the court about the underlying facts and circumstances of the case.

In the current case pending in the District Court of New Jersey involving FBAR violations, the U.S. seeks additional penalties against the attorney.

The U.S. alleges that the attorney may have violated ethical responsibilities by making false representations involving the defendants’ ownership of foreign accounts and related issues involving FBAR.

There is an administrative hiccup with the case. Since the former attorney had not yet formally “withdrawn” from the case, technically he is still the attorney-of-record on the case.

Did Prior Counsel Misrepresent the FBAR Statute?

First, the court alleges that the attorney seemingly intentionally misstated the statute of limitations regarding FBAR as 5-years, when it is actually 6-years.

In reading the brief, this particular allegation appears to be a bit of a stretch.

As alleged in the court brief:

“Mr. Levine responded that the statute of limitations to assess an FBAR penalty for 2007 had lapsed prior to the commencement of this proceeding. (Id. 23:8-9).

When the Court asked what the statute of limitations was for an FBAR penalty, Mr. Holahan stated “I believe it’s 5 years.” (Id. 23:15).

Undersigned counsel initially agreed, but suggested that there might be tolling exceptions.”

The main issues involve whether the defendants made false representations to the court, and whether the attorney helped to “facilitate” the making of false statements referenced below.

As provided in the brief,

“I respectfully ask this Court not to hold me in contempt of this Court’s Order dated October 3, 2014 for not providing to the IRS the documents referred to in that Order, because no such documents existed at any time during the period covered by the summons and at any time thereafter.” (Id. ¶ 4).

“I did not have a financial interest in a bank, securities, or other financial account in a foreign country for which the owner of record or holder of legal title is a person acting as an agent, nominee, attorney or in some other capacity on my behalf at any time during the period covered by the summons and at any time thereafter.” (Id. ¶ 6).

“I could not control the disposition of money, funds, or other property or exercise comparable power over any foreign financial account by communicating with the bank or other person with whom such foreign financial account is maintained, either directly or through an agent, nominee, attorney, or in some other capacity on my behalf either orally or by some other means at any time during the period covered by the Summons and at any time thereafter.” (Id. ¶ 9).

It turns out that many of these statements may have been false, and that Defendants could access and/or control the movement of the money overseas.

How is the Attorney Liable for Client FBAR Misstatements?

The court refers to several Rules from the New Jersey Rules of Professional Conduct:

Rule 3.1 of the New Jersey Rules of Professional Conduct provides:

A lawyer shall not bring or defend a proceeding, nor assert or controvert an issue therein unless the lawyer knows or reasonably believes that there is a basis in law and fact for doing so that is not frivolous, which includes a good faith argument for an extension, modification, or reversal of existing law, or the establishment of new law.

Rule 3.2 of the New Jersey Rules of Professional Conduct provides:

A lawyer shall make reasonable efforts to expedite litigation consistent with the interests of the client and shall treat with courtesy and consideration all persons involved in the legal process.

Rule 3.3(a) of the New Jersey Rules of Professional Conduct provides:

A lawyer shall not knowingly:

(1) make a false statement of material fact or law to a tribunal;

(2) fail to disclose a material fact to a tribunal when disclosure is necessary to avoid assisting an illegal, criminal or fraudulent act by the client;

(3) fail to disclose to the tribunal legal authority in the controlling jurisdiction known to the lawyer to be directly adverse to the position of the client and not disclosed by opposing counsel;

(4) offer evidence that the lawyer knows to be false. If a lawyer has offered material evidence and comes to know of its falsity, the lawyer shall take reasonable remedial measures; or

(5) fail to disclose to the tribunal a material fact knowing that the omission is reasonably certain to mislead the tribunal, except that it shall not be a breach of this rule if the disclosure is protected by a recognized privilege or is otherwise prohibited by law.

Essentially, the Court alleges that the attorney violated his ethical duties, by making false and misleading statements, in order to “misdirect” the court.

“Mr. Levine has offered several crucial items of evidence that were either false or deliberately crafted to be misleading–the written and oral testimony of Eli Chabot, the report from Weiss & Company LLP (the “Weiss Report”), and the three letters from Patrizia Holenstein, (Dkt. Nos. 44, 45, 51, and 52).”

“The United States has already identified statements by Eli Chabot that appear to be false and explained how the first declaration prepared by Mr. Levine and signed by Chabot appears to have deliberately ignored relevant factors that could have led to an FBAR record-keeping requirement. “

“Thus, he either knowingly permitted Chabot to lie under oath or aided Chabot in misleading both the Court and the United States as to why Chabot had not done more to comply with the summons by seeking information from his brothers (at least one of whom he saw regularly).”

In reviewing the court’s brief, it appears that many of the allegations being made against the attorney would not necessarily reach the level of “fraud.”

The attorney has a right and responsibility to zealously advocate for his client.

For example, if the attorney believed the FBAR statute of limitation (SOL) was 5-years, instead of 6-years, is that really fraud?

If you have FBAR filing issues and are considering amnesty/voluntary disclosure, you should use an experienced specialist.

Beware of less experienced attorneys offering to take you streamlined if you were willful (even if the unreported income amount was small). In these situations, the attorney is committing a fraud, because the attorney signs the non-willful certification with you —